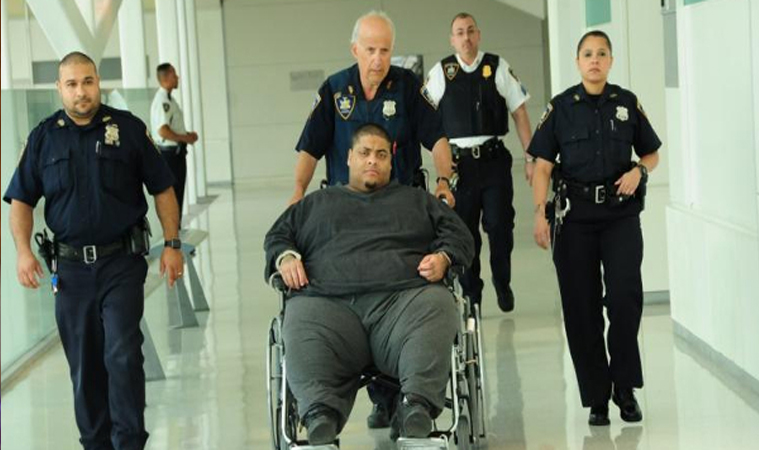 A mailman of the U.S. Postal Services was arrested this morning by the NYPD on charges of stealing and eating more than 15,000 letters he was supposed to deliver.

38-year old Diego Ramirèz was arrested at his residence around 7:15 AM by officers of the NYPD and deputies of the New York City Sheriff’s Office (NYCSO).

A joint investigation led over the last few months after several people complained about their mail being stolen, revealed that the letter carrier was actually eating a large portion of the envelopes he was supposed to deliver.

In a press conference a few hours later, NYPD Chief of Department Tom Salinger said the arrest came after a 2-month joint investigation between the NYPD and the NYCSO.

“At first, we really thought someone was stealing some of our New Yorkers’ mail for profit. The investigators were amazed when they caught Mr. Ramirèz tearing the letters to pieces and eating them!”

According to Chief Salinger, the accused confessed to eating thousands of pieces of mail almost immediately after his arrest.

“He says he can’t help himself, it’s a compulsion. When he sees a piece of paper, he has to eat it. He admits he ate between 30 and 50 envelopes per day.”

A total of 1500 criminal charges have already been filed against Mr. Ramirèz, including 640 charges mail theft and as 820 charges of malicious destruction of property.

According to the NYPD, more charges could be added over the next few days. If found guilty on all accounts, the accused could have to pay a fine of almost $200 million and spend the rest of his life in prison.

During the first court appearance this afternoon, Mr. Ramirèz’s lawyer Robert MacInnis, demanded a psychiatric evaluation for his client. He also pleaded that Diego Ramirèz wasn’t criminally responsible for his actions because of his mental disorder and had no intention to harm anyone.

Both the prosecution and the court agreed to the demand, so the case will be reported until Mr. Ramirèz can undergo a complete psychiatric evaluation.