The natural world never fails to surprise us, and this moving encounter between an orangutan and a man in Borneo has melted hearts all over the world.

Amateur photographer Anil Prabhakar captured the fleeting moment, in which one of the Indonesian island’s critically endangered apes stretched out its hand to help a man out of snake-infested water.

Prabhakar was on a safari with friends at a conservation forest run by the Borneo Orangutan Survival Foundation (BOS) when he witnessed the scene.

He told ViralCocaine: “There was a report of crocodiles in that area so the warden came over and he’s clearing snakes. 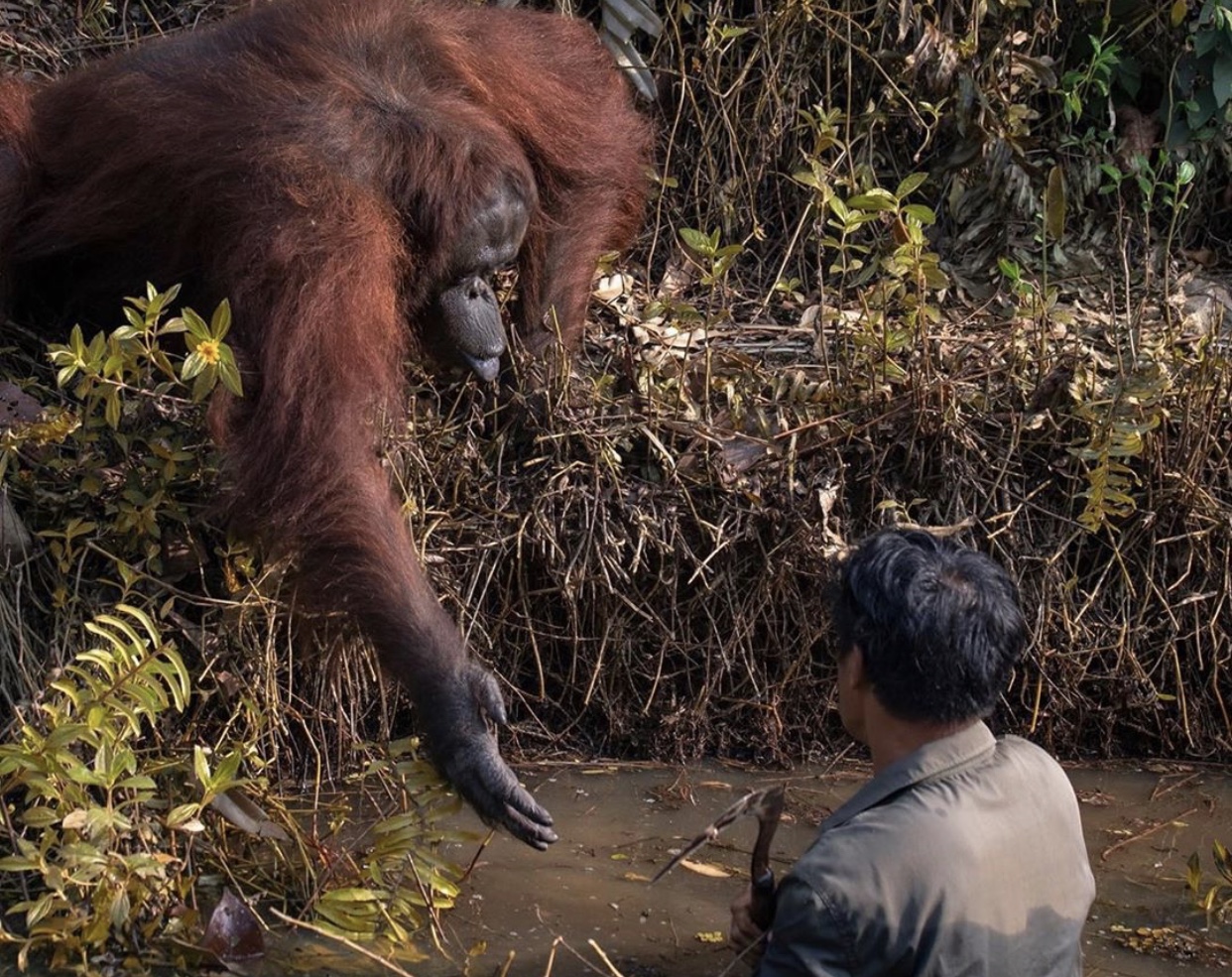 The great ape appeared to be trying to help the warden, who was standing in a muddy, flowing river.
“I saw an orangutan come very close to him and just offer him his hand.”

Prabhakar said it was difficult for the guard to move in the muddy, flowing water. It seemed as if the orangutan was saying “May I help you”? to the man, he said.

“I just grabbed that moment. It was really emotional.”