A British man whose penis fell off due to a severe blood infection had a new one built – on his arm, where he even got an extra 2 inches, according to a report.

Malcolm MacDonald, 45, a mechanic, suffered a horrific infection in his perineum that turned his fingers, toes and manhood black, The Sun reported.

“I had struggled for years with an infection in my perineum but I had no idea what could happen,” the separated dad of two from Thetford, Norfolk, told the outlet.

“When I saw my penis go black I was beside myself. It was like a horror film. I was in a complete panic. I knew deep down it was gone and I was going to lose it,” he said.

He said he was “completely gutted” when his penis “just dropped off on to the floor” in 2014 – but his testicles remained intact, according to the outlet. 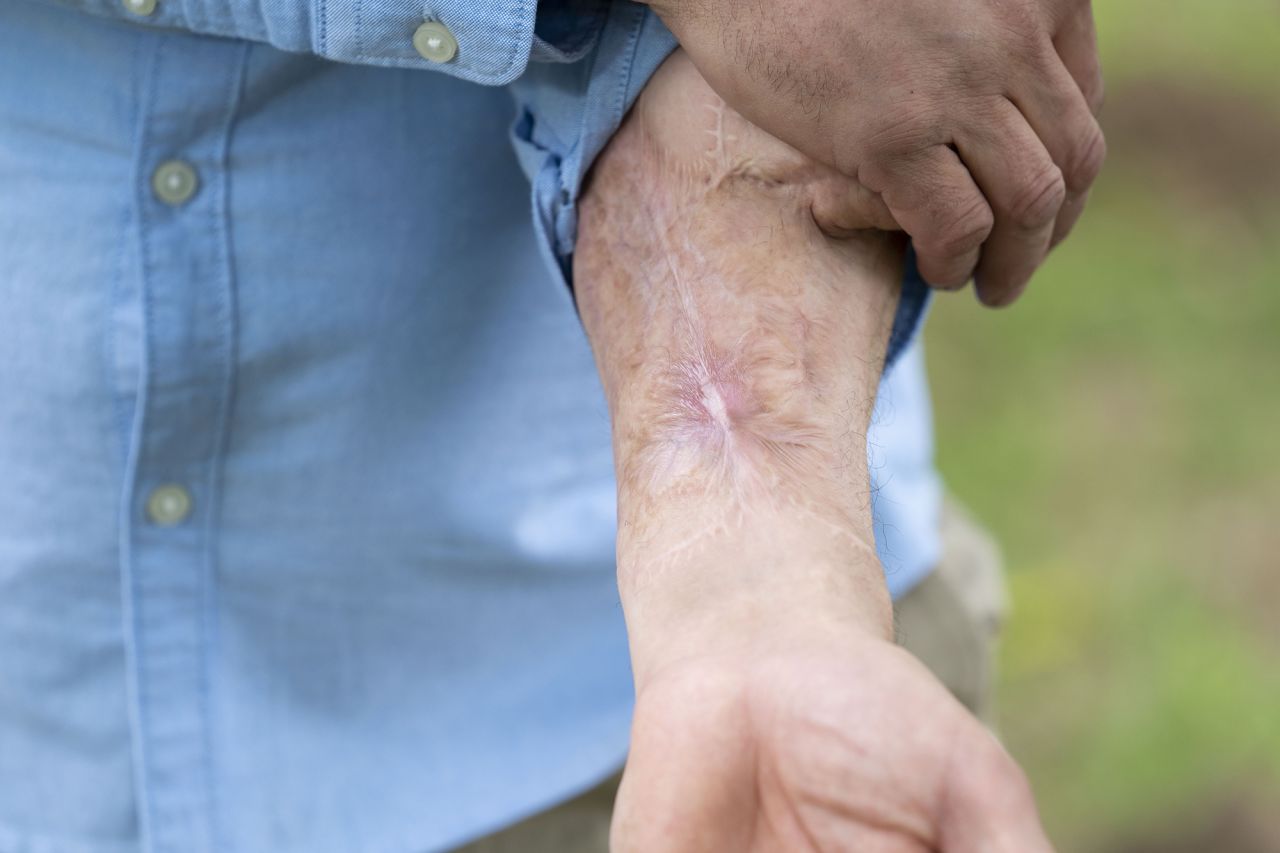 “Because I had been through the devastation of knowing I was going to lose it, I just picked it up and put it in the bin,” MacDonald continued.

“I went to the hospital and they said the best they could do for me was to roll the remaining stump up like a little sausage roll. It was heartbreaking.”

MacDonald said he became a recluse and began drinking heavily.

“For two years after losing my penis I felt a shadow of a man. My life really fell apart because I had no self-confidence. I drank too much. I didn’t see family and friends — I just didn’t want to have to face up to it,” he said.

But then he found out from his doctor about the so-called “penis master” — Professor David Ralph of London’s University College Hospital.

The phallus expert famously created a “bionic penis” for Andrew Wardle, who was born without one, according to The Sun.

“It gave me a glimmer of hope that I could go back to being a normal bloke,” MacDonald told the outlet.

Ralph said he could perform an arm-graft procedure, which would take up to two years.

Fortunately, he received funding for the procedure because it would eventually allow him to urinate properly – not just perform sexually, according to the report.

“It was all my Christmases at once. I was so emotional because it was a chance at a new start,” he said. “I wasn’t worried about the procedure because I had seen what Prof Ralph and his team could do.

“As far as I was concerned, they were miracle workers and I was up for anything that could give me my willy back,” MacDonald continued.

“Not having a penis felt awful. It’s most men’s worst fear. For me I was never worried about sex, because I already had two children. It was always more about my self-confidence and simple things like using the loo.”

“They were happy to listen to what I wanted it to be like, which was amazing. Not many can say they have a designer penis,” he said.

Surgeons formed a new manhood — with its own blood vessels and nerves – using a skin flap on the left arm of the right-handed man. They created a urethra and installed two tubes inflated with a hand-pump, allowing him to achieve an erection.

The shaft was then removed from his forearm, leaving the base, allowing it to form naturally as skin and tissue. He now awaits for it to be finally transferred to its proper location.

“When I saw it on my arm for the first time I was so, so proud. After everything I had been through it didn’t feel weird at all — it was just a part of me,” he said.

“I was like any other man, I just couldn’t leave it alone to begin with. I thought it was the best thing ever,” MacDonald continued.

“I took to it so much I nicknamed it ‘Jimmy.’ That was what me and my mates called each other growing up and this penis was definitely my new mate,” he said.

“That they can make me a new penis at all is incredible, but that they can build it on my arm is mind-blowing,” he added. “It looks like something out of a weird sci-fi comic. But it’s my chance at a normal life. It’s been the first step towards being able to go to the toilet and even being intimate with someone.”

MacDonald said that despite wearing long-sleeved shirts to hide his “bulge,” people have sometimes spotted the misplaced member.

“People ask me about it when they see me in the pub, and of course people make jokes. But I get it. It’s not every day you see a man with a penis on his arm. Of course I see the funny side. I have to. I don’t have any other option.

“If I couldn’t laugh at the willy on my arm I’d be finished,” he added.

But the new penis has still not been attached four years after the procedure due to a series of missed appointments, scheduling problems, staff shortages at the hospital and, finally, the coronavirus pandemic.

“Then they canceled again because of the coronavirus. It feels like I’m cursed sometime,” he said, adding that he hopes to have it finally grafted between his legs by the end of this year.

“I am determined this penis will be ultimately used for what it was built for,” he said.